THE GREEK ADOLESCHENTS’ PARLIAMENT OPENS ITS GATES TO THE STUDENTS OF THE SCHOOL WHICH OPERATES WITHIN THE PRISON FOR YOUNG OFFENDERS IN AVLONAS, GREECE. The ‘Parliament for Adolescents’ is an educational programme of the Greek Parliament, which has been taking place annually since 1995, in collaboration with the Greek and the Cypriot Ministries of Education. Since its IX Session (2004), the programme is organized by the Foundation of the Greek Parliament for the Parliamentary Function and the Democracy. It addresses students of the 1st and 2nd Grade of all High Schools, not only in Greece and Cyprus, but also of all the emigrant Greek schools, as well as students in Apprenticeship Schools of the Greek Unemployment Agency.

The programme aims at familiarizing students with the way the Parliament works and at accentuating the civilians’ role in the contemporary democratic society. It, also, aspires to offer participants, aside from knowledge, motivation for personal expression and creativity and the opportunity to engage in introspective reflection, active conversation and cooperation. An attempt to renew the programme started during the XIX Session, by introducing a number of alterations in the process of electing the ‘teenage MPs. This renewal took place through utilizing – to a great extend- technology, and through the collaboration with agencies active in youth issues, such as the Child’s Advocate Every summer,  at the end of each school year and after balloting, 300 of those who completed the preliminary stages take part in the plenary sessions within the premises of the Greek Parliament.

During the past four years, the Lyceum students of the 2nd High School of   Avlonas, which operates in the Avlonas Prison for Young Offenders, have been participating in these renewed activities, exhibiting great avidity and interest. Working closely together with the Associate teacher and with their classmates and peers, they enrich their knowledge, through a number of questionnaires, they create multiform texts using the newest I.T. methods, they unleash their imagination, even if it is for a small amount of time, above and beyond the barbed wire and the arduous conditions they go through every single day. They follow the projects their peers in the rest of the schools around Greece have been working on and, thus, fell equal members of the school community. After all, they carry in their hearts the hope that, if elected, they will be able to attain a special permit in order to actively engage themselves in the summer session.

As noted by the disciplinaries of the Foundation of the Adolescents Parliament, our students works have surprised, impressed and touched all agencies because of their quality, originality and sentimental clout.

Once again, the young inmates prove that, although they are physically incarcerated and somewhat trapped, their minds and souls are not behind bars! They fly freely and gaze towards the future in optimism and hope! 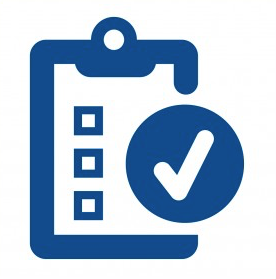 The idea started over a coffee one summer afternoon in the Phoenix Park when Catherine... Read More

The project “Vocational Education and training – New Approach for Effective Social Inclusion “has been... Read More