The objective of Educational Centre Buziaș is to assure the education of and offering assistance to the young offender. Considering the fact that being deprived from freedom might lead to social isolation and has a negative impact on personality development, the idea of what we are promoting is that the educational intervention needs to introduce new models and socialising networks for the sound offender to follow, as well as a positive self image and a sense of social purpose.

Therefore, besides school activities, the recovery intervention is taking place on two sides:

The educational intervention can be realised by educational programs put together for each individual, but also by means of educational activities in which the young offender are included, depending on their individual needs.

Educational activities might be considered on one side as a tool for personal development, because it offers the opportunity of adding general knowledge and increasing of their self-esteem. On the other side, they might be considered as a prevention method of juvenile delinquency, regarding repeating their criminal actions after their release, fact that can be applied on children and teenagers community.

In this matter an activity with huge impact took place in Educational Centre Buzias. In collaboration with the MISE EN SCENE Association that supports the ”Cirque du verite” show,  the educational theatre ”Effect-Affect” was held.

The show was focused on a sensitive subject – sexual abuse. It’s main purpose was preventing and combating the criminal offences that it includes. The show from the ‘Effect-Affect’ project, proved the fact that one of the most efficient ways for an intervention on social level for decreasing the number of non-conformal events which is not in accordance with the status of rational and emotional human being is education through art.

An important aspect of this activity was the interactive feature proposed by the show. The younger offender, as audience, participated on moderate discussions with a psychologist, regarding the direct link with the show’s message: the problem of abuse can not be achieved strong enough without any effective empathy exercises.

The ‘Talking to personalities’ educational project focused on offering some positive models, worthy to follow, by valorisation on life experience and successful models on a social level,  involving famous personalities in Buzias. Included in this project were two meetings. One of them was with the hero of Romanian Revolution from 1989 and co-founder of rock band ‘Checkmate’.  The second was with the current vice-mayor of Buzias city, powerful personality involved in promoting and practicing sports activities for children and teenagers. ome of the young offenders from the Educational Centre Buziaș, participated together with the students from Theoretical High school of Buzias, in the largest project social involvement, called ‘Let’s do it, Romania!’. Our participants cleaned the east side of the city’s park, hotel area and children’s play ground.

The project also involved the participants to connect with the people around them, cancelling out the idea of wasting the resources on people in prison and that they don’t contribute to the community development.

For maintaining and developing the community links, there were visits organised by institutions which offer social services for people with difficulties. The ‘Kwasizabantu’ Voiteg Foundation and ‘St. Ioan’ Social Centre, next to Romano-catholic parish were visited. The projects were following, in the same time, facilitating the relationship of young offenders with foundations interested in providing support after release by offering them a shelter and a job, so they will have an increased chance of social reintegration.

Every year a group of teenagers from Educational Centre Buziaș are involved in the ‘Hello, Dad’ project organised by Hello, DadAssociation, on the occasion of Father’s Day celebration. The teenagers have been involved in outside activities that took place in ‘The children’s park’ from Timisoara. The objective of this activity was to mark Father’s day by giving a plus to a fatherly figure, improving teenager’s socialisation with responsible adults who offers patterns of paternal behaviour. A very important feature of resocialisation is replacing the previous individual’s set of values and beliefs, as well as self-concepts, with a new one based on community ideologies where the socialisation is taking place. Because of that, I consider that the educational projects in which the young offenders are included, have a massive impact in their social reintegration, after regaining their freedom. 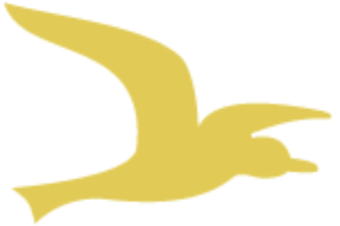 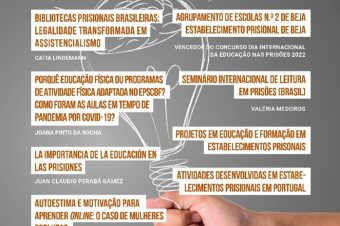 On 7 June 2022, the Steering Committee (SC) was informed by Cormac Behan that he... Read More