The EPEA will replied a hearing on the suggested recommendation on the role and responsibilities of internet intermediaries.

The EPEA argue that prison services should provide internet for prisoners for education and other rehabilitation purposes. The EPEA finds support in R(89)12, R(87)20, R(76)2, R(2003)22 for the arguments.

It is important that juveniles can use the internet, as it for them is a deep deprivation of their understand of life and society not to have access to the Internet in the rehabilitation efforts, having contact with family and to be educated.

Long Term Prisoners: Even long term prisoners will be released one day, but a long period of incarnation will deprive them of understanding the internet and its wealth of information. Understanding the Internet is a key to live in modern society. Resolution (76) 2 on the treatment of long-term prisoners says that we must “encourage a sense of responsibility in the prisoner by the progressive introduction of systems of participation in all appropriate areas;”

The access to the Internet is such an area.

Prisoners in pre-release:  Recommendation Rec(2003)22 on conditional release (parole) mention that that conditional release is one of the most effective and constructive means of preventing reoffending and promoting resettlement, providing the prisoner with planned, assisted and supervised reintegration into the community. It mentions that “The preparation for conditional release should also include the possibility of the prisoners’ maintaining, establishing or re-establishing links with their family and close relations, and of forging contacts with services, organisations and voluntary associations that can assist conditionally released prisoners in adjusting to life in the community. To this end, various forms of prison leave should be granted”.

Prisoners in pre-release programs should in this context be able to use the internet to connect with the outside world and should be given training to use the internet in a constructive way to find housing, job, finding important information from public authorities and contacting family.

The European Committee for the Prevention of Torture and Inhuman or Degrading Treatment or Punishment... Read More 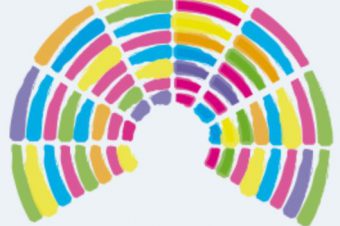 From the Western Region – June 2019 ‘Has do-gooding done any good?’ This was from... Read More