Victor is a retired teacher who worked 40 years in prison. He has a fascinating personality and a lot of experience as a teacher in the two prisons of Granada, southern Spain. He has received several official recognitions for his exceptional work, but the biggest recognition for him is the respect he got from his students. He started working in the 90s and retired in 2020, but he continues to work in prison as a volunteer in an association called Avopri. If you ever go to Granada, ask for “Don Victor”, you cannot miss him!

Victor, tell us a little bit about yourself. Who are you, what was and is your job, how many years have you worked as a teacher?

I have worked almost 40 years in prisons, exactly 39 years and 10 months. I started in the old prison of Carabanchel (Madrid), Algeciras (Cádiz), the old prison of Granada, Albolote (“la nueva de Granada”) and the Social Insertion Centre, which is a semi open prison.
All my life I have been in prisons except for four and a half years when I was in the Provincial Delegation of Education in Granada.
I started out doing a bit of everything: teacher, socio-cultural and sports monitor, educator… because there were no technical teams. Facing such challenges was very useful for me. When I visited prisons in Europe, I thought about how I would change the spaces, their organisation and design. I was able to do this because in Algeciras, in the old one in Granada and in the CIS (semi open prison) I worked alone in old and modern prisons where everything was to be done.

You started working during the Transition, although Spanish prisons were still heirs to fascism. How has education in prison changed over the years?

The change was radical. Those prisons were built or refurbished from older ones at the beginning of the 20th century. They were small, with very few staff and very few facilities. Although prison teachers have existed in Spain since the beginning of the 20th century, even before, at that time each prison had only one teacher, except for the big ones.
We teachers oversaw many things: school. Library, cultural and sporting activities, regime board and treatment board… So we had many auxiliary inmates who were directly in charge of the activities. Everything was to be done, to be created.

Fortunately, everything changed, even the uniforms of the prison officers. I remember my former director, dressed in white like an admiral. The officers’ uniforms were military green. Gradually, the number of teachers increased, until the new prisons were created in 1990 and each prison has an educational centre with its own staff.

Prison teachers were civil servants in the Ministry of Justice until 1990 when we were transferred to the Ministry of Education and then to the autonomous communities. [In Spain there are 17 autonomous communities which arrange their own educational system] As always, everything has its advantages and disadvantages. The old prison teachers knew the prison environment perfectly well, but we needed to retrain. Nowadays, any teacher can choose to work in prisons, without any merit, training or experience. What happens is that there are centres where most of the staff is new, with no experience whatsoever. This is outrageous.

Victor, we know you are a modest person who does not put yourself in the limelight. However, what are you particularly proud of when you look back on your work?

The greetings I get from old students. I meet a lot of people on the street who stop to greet me and tell me about their life.
The innovations. We were pioneers in Spain in the creation of educational areas, reforming old prisons. Mixed classes in the old prisons. The UNED courses attended by inmates, civil servants and 50 UNED students from all over Spain … [UNED is university distance learning] We wrote some books: “Aprendemos a leer con arte” (“we learn to read by art”) for illiterate students, “Leemos al compás del flamenco” (“we read to the rhythm of flamenco”) for new readers. Many materials, such as those on AIDS, which we used the pupils as mediators. All these books were awarded and published by different public organisations.
We organised the National Flamenco Competition in prisons, which was attended by inmates from all over Spain and had a great impact.
We organise talks in educational centres. A group of inmates tell their problems that led them to prison, so that it can serve as an experience for many young people and adolescents. This programme, a pioneer in Spain, is very popular in schools. We carry out 100 outings throughout the school year.
The Prison Volunteers Association, of which I am currently a member, does invaluable work. Most of its members come from teaching backgrounds.

What was/is the biggest challenge for you as a teacher in prison?

To create educational areas where the pupils felt a bit of freedom. We need to manage that they forget about their problems and addictions. To give them resources to be able to cope with their return to society, which is often back to the slums, the same thing. Another world, another society, is possible. Most of the prisoners are people with a lot of deprivation, who need help to change. I think that a large part of the inmates are imprisoned because of their addictions: drugs, alcohol, gambling, sex… Helping to form people, so that they abandon their addictions, and can return to society again. It sounds utopian, but it is possible.

What qualities do you think are essential for a teacher when teaching in prison?

First of all, vocation. You are there to help because you have chosen to be there. Social skills, leadership, knowing how to use your right and left hand. Knowledge of the prison environment. Many things I have learned over the years could be taught through courses to new teachers.

What advice would you give to a teacher new to prison education?

Although you are going to find it a very closed world, with lots and lots of difficulties, your pupils in prison are very grateful and your contribution to another world will give you a lot of satisfaction.

Dear Victor, thank you very much for your collaboration. I am sure that your reflections will be a
source of inspiration for many teachers. We hope you enjoy your retirement and that you
continue to be at the forefront of volunteer projects from which the inmates of Granada can
benefit. See you soon! 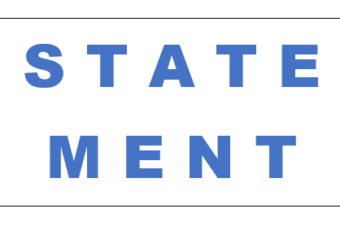 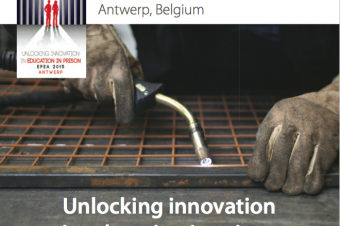 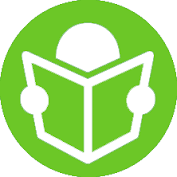 It is with great pleasure that the Portuguese Prison Education Association (APEnP), announces our latest... Read More 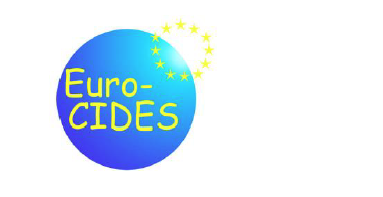 The Euro-CIDES, would like to present you LSCI training activity that they wish to renew... Read More