I an interview with Andro Petros Damianos said:

He could be the “holy” guardian of the juvenile prisoners in Avlona Prison, but he is neither a saint nor a guardian. He is the director of the prison school, a man who carries a vision inside him and wants to see it come true. Petros Damianos is a rare case of a teacher.

From the beginning, the school was established in the specific prisons, it maintains the position of the director and continues unabated. Despite the difficulties or special circumstances he has to face. His example is great even though he maintains a consistently humble attitude.

He spoke to Andro about his many years of experience teaching juvenile detainees, his vision and the relationship he has developed with children.

– How many years have you been the principal of the Avlona juvenile prison school?
Ever since it was founded. I was probably here before it was founded. My adventure begins in the school year ’94 -’95. I was the owner of a tuition center at the time and together with other owners I had organized a group as a volunteer in order to help children in institutions, which were supervised by the Ministry of Justice. Then, a need arose for the prisons of Korydallos, the next year we went to Avlona and from year to year we reached 2000, when the High School in the juvenile prisons took place. I have been running this school since 2000 until today.

– We are not talking about a simple profession that is practiced. I think you understand that.
I chose to do it. It was my choice!

– Did you face problems in the beginning, but even now?
Too many! Especially in the first years and in fact with the prison administrations and with many employees. Even with the space itself that was unfinished. To understand: in 2000 we were given a space that had no partitions. The A ‘Gymnasium from the B’ Gymnasium was separated by a desk and the B ‘from the C’ also by a desk. I used to tell your colleagues to speak softly because the others next door were teaching a lesson. I’m glad, though, that I started it even though we had nothing because the pressure was so great that by Easter that year the partitions had been done. If we had waited for it to happen we would have lost that year. Maybe more. I say that now. In any education reform I say “do not wait for everything to be perfect to get started. Strive to be perfect after you work “. “We did not set up the school to send children to university, but whenever it happens it is an achievement.”

– Has there been pressure from you to improve the conditions or the maturity of the society and the penitentiary system?
It was collective. It started with me and the team I created, but other players came along. Here, let’s say, the prison administration, the Municipality, the G.G. Youth (then), the Ministry of Justice then. Somehow, in 2000 it became the first school. Which means that both the state and society were expecting something and were ready. Only the beginning was needed. Of course, this does not mean that everything is over. My vision is “education to every prisoner who wants it” became a reality in 2018. We still have a long way to go. In 2020 we went back, again with legislation. In 2018 it was regulated by law that all levels of education were established, in 2020 a new word was introduced in the new law that said “they can be established”. This “can” is very different.

Read the rest of the interview 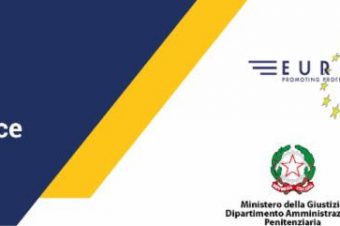 In 2020, take your teaching to the next level at the 2nd Oxford English Language... Read More 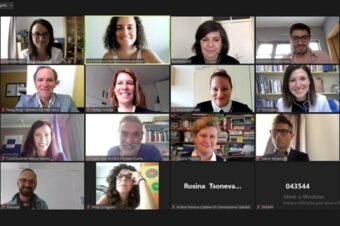 SCHOOL AND SOCIETY GOING TOWARDS THE DIGITAL TRANSITIONSchool and society are taking large steps towards... Read More