As adults, we often see education as belonging to our past, something that we have completed. However, in prisons it is an important part of the rehabilitation program. However, the way education is organized in prisons varies a great deal. Fortunately, there are organizations worldwide that try to keep the level, quality and offer of education high in prisons. Like the Prisoners’ Education Trust – PET-  who provide high level education to prisoners. I visited them in March 2017 through the Erasmus Plus program from the European Union that supports people involved in education to go abroad to learn from colleagues.

Nina Champion, head Policy at Prisoners Education Trust (PET) had been kind enough to arrange meetings for me with different organisations working in the field of prison education during the week of my job-shadow in the United Kingdom. Nina has been involved in the prison sector since the age of 17 years old. Nowadays, talking to her, the work she does at the PET acts as a catalyst for the development of prison education in The United Kingdom. PET is setting up networks to bring people together in the field of the criminal justice system. One of the networks is The Prisoner Learner Academic Network (PLAN)[1], which connects researchers who work on issues relating to prisoner learning. In this way research on prison system and prison education is centralized and can be planned better into what kind of research is still missing and what kind of research has already been done. The other network is the Prison University Partnerships in Learning (PUPiL), which brings together and supports practitioners, students and academics involved in the growing number of prison/university partnerships nationwide.

Obviously, being under the wing of Nina, the week resulted in an inspiring experience for me and I brought many ideas with me back to The Netherlands to implement in CHAINS[2], the organisation I work for and also to EPEA-NL, the European Prison Education Association Netherlands of which I am the chair since 2016. The dedication of people in the UK working in the prison education sector to improve the level, quality and offer of education inside and outside prison was overwhelming.

One of the events I visited was the Learning Together Celebration, organised by the Nottingham Trent University in HMP Lowdham Grange, a prison nearby Nottingham.

The owner of this prison is a private company, Serco. HMP Lowdham Grange worked together with the Nottingham Trent University during a nine-week course in which about 20 university students followed their course inside the prison, with ten prisoners. ‘It opened my eyes’ was a quote the audience often heard from HMP Lowdham Grange prisoners as well as NTU-students when the small groups gave their presentations. It was clear to see that there had been a sense of connectedness in the classroom.

These partnerships are about breaking down stereotypes, about making sense of the world together and finding out what our role is in society through learning about that society. Two things that were said during this day especially moved me. 1. Prison as a learning space, 2. The transformative nature of education.

The prison university partnerships in the United Kingdom are inspired by the Inside-Out prison exchange program in the United States, created by Lori Pompa for which she received in 2016 the Lifetime Achievement in Teaching Award from the American Society of Criminology. There are a range of partnerships in the UK including both ‘Inside Out’ and ‘Learning Together’ developed by two academics from Cambridge University. Most courses are subjects like criminology, but also other topics in philosophy have been taught in prison through these partnerships. It lowers the threshold for both the students and prisoners towards each other and the prison simply turns into a learning space. For me it raises questions about the future of prison systems. Should prisons become learning spaces instead of places of punishment? In class, all people are students without labels which enables prisoners to grow away from stereotypes and start to feel like a human being.

When education is done well it has the potential to transform lives. In order to do this people in prison first need to believe they can become better people. At the moment prisons are mainly places for punishment and education is generalized instead of individualized. Partly because there is reluctance in society to offer people in prison more than the basics, a bed, a shower and food. This is mostly ignorance, as one person during the Learning Together event said it ‘the media needs to be educated on prison system’. Therefore, these partnerships between universities and prisons are so important, because it also has the power to transform the minds of people in society by opening the eyes of students – who are the future of society – of what prison is like.

One of the prisoners asked the question, ‘who decides to reform?’. A simple question at first but very profound the more you think about it. We often assume that prison can transform the lives of people, or teachers, or government, but in reality there is only one person that can change your life and that is you yourself. People transform themselves based on themselves. People use the information and knowledge they gained so far in life and if they are not offered other perspectives, how are people able to transform? Education (especially in places like prisons) should be much more in support of the development of the individual than it is now.  And in this ideal world people in prison who educate themselves need to be awarded.

To end with a beautiful passage from Charlie Chaplin in The Great Dictator Speech:

We don’t want to hate and despise one another. In this world there is room for everyone. And the good earth is rich and can provide for everyone. The way of life can be free and beautiful.” 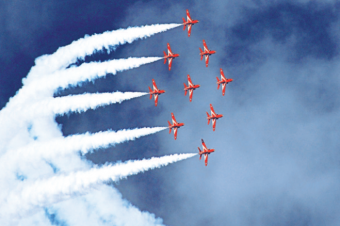 The Potential of Prison University Partnerships to Transform Learners into Leaders A report for the... Read More

From the Southern Region – June 2019 Volterra Prison ‘In February, a special window was... Read More

March 2019 – Over the last few months both Portugal and Switzerland have worked hard... Read More