May I please invite you to take some time to read Ruud’s story. Ruud is a former firefighter who encountered massive health problems and other issues on top of that, but he always stayed positive and looking for solutions. He is still working very hard to regain his ability to walk, talk and live a life as an independent human being, taking pride in every little win on the way.

Ruud is a former student in Nieuwegein Prison (NL) who, on my request, has kindly written his life story to inspire you all. The challenge he saw in studying for his certificates in prison, pushed his damaged cognitive abilities on the road to recovery.  Now, slowly but surely his abilities to read and write are coming back. Although his English, as only one of the things he had lost completely, has lost somewhat of its fluency, one can’t be but inspired by his stamina and eventual achievements.

Explorer to return in identity

This short story is reality what has happened in my life during 2013 and 2017/2018. My nick-name is Wolverine, this name is used for reasons of security. I was born in the middle of the Netherlands in a place (a village) called Zeist. I have reached the age of 59 years on 9 march 1959.

In the year 2013 a tsunami of health problems came my way, and that was totally unexpected. That year I suffered three brain strokes (CVA), and on top of that I had heart failure and had to go into surgery at the end of that year. My heart reanimation was very difficult and only after several try-outs had it been successful. The storkes left me paralyzed on my right site from top to bottom. The very hard way to reinvent myself had begun.

After a couple of years it was finally successful and I was reborn. But other problems came along. For instance, I had to obtain a valid drivers’ license again. The law states that you cannot drive for minimal 6 months after a stroke. So the second stage was to get it back again, and luckily I was also successful to get that back again.

It’s a good thing that I don’t have a negative mood and I’m not a negative person in general. I live for my lovely wife and my nice green parrot. They give me support to fight more and keep going. At least I was inspired and fighting to live my life further. There had been disasters over time and I’ve had many misery in my live but that also involved  the live of my lovely wife. I was ready for stand-up and move on.

On 3 May 2017 there was another an unexpected drama. For the fourth time I was hit with a brain stroke and this time I was paralyzed on my left site, also from bottom to top. The problem was, I am a lefty in my handwriting and all the things I do. The difficult time starts again, all the things I must learn again, like walking, speaking, motor functions from my body.

This hell was starting for the fourth time in a very long and difficult situation. I never gave up, not in 2013 and not in 2017. In this year now in May 2018 (one year later) I am almost recovered except the lung embolism that damaged my lungs and left only half a lung operational. One and a half lung didn’t work, due to blood cloths that frozen my lungs. Breathing was very difficult and I tired very quickly most of the time. In 2017 I had the stroke and two weeks later a lung embolism that damaged my longs. All together my lungs, heart and brain were damaged. It is forever destroyed but it can get little bit better over time. I hope so! That is the maximum progress I can have!

The next disaster was in January 2018. It was about a case in 2012 I had to go to jail for for a few months. It was disaster on top of disaster. In jail I took on an education program that was started by the prison education staff. They understood me and helped me on several occasions. On my request there were more hours to study, so I could get the full Health and Safety Certificates.

I study for five and a half hours a day now. I started with four hours a day, I haven’t been outside for one minute. I didn’t take a moment for recreation or sports. I only accepted a visitor sometimes, but stayed the most time in my cell. It is my own choice, and I am happy to study, convinced to get my certificate.

In all the difficult times I was pleased to follow the study. I am very driven and inspired to fight to get in the right direction with my health, and will again be a husband for my lovely wife. Her world was infected with my health problems, and I am going to be the husband for her again. When it happened, my wife was not at home. I went into three different hospitals and when she heard about the disaster she was in shock and distress.

She would have helped me but she couldn’t that moment. The Dutch Salvation Army came and sent the nurses to help me in a two months period of morphine. That was necessary because of the lung embolism that was very painful. The Salvation Army is a very big organisation worldwide. They work with the homeless, addicted, people on probation and have different safe houses for women and men on separate locations. My wife was at that moment not informed about what was wrong with me. Later during the process she got informed by special doctors. My whole life I never had an addiction but now they had to help me not to have an morphine addiction. Luckily there wasn’t any addiction and I was very happy with that.

In my life, I was a firefighter and I helped so many people in different ways. In other jobs, next to being firefighter, in two of my own companies I also helped the public. Until this moment I have been completely shut down in health for five times. My own life was nearly gone. But I was very lucky, I can live again with not too many health issues.

There is one rule I go for in my life: ‘Always ‘fight’, explore, live and be pleased with the things of the world’. The only thing I have now is my wife and parrot. My family were all dead, my friends left at the moment I was very sick. The day after, I saw ‘they are no real friends’. I am not angry again, and my focus is on the horizon not on problems. I’m writing a book to help other people in the same situation. The book is titled ‘The color of a brain stroke’.

I own three sport cars, one is an Opel GT (1974) with the shape of an early Corvette. The two others are both Toyota MR2 SW-20 and their shape is exactly that of an early Ferrari! People call the MR ‘the poor man’s Ferrari’. The GT has a yellow color and one MR is black and the other is Ferrari red with the original paint from Ferrari.

My inspiration is the restoration of all three, both on the inside and the inside in my own style. Some day I may have my wedding anniversary and that will be a party for both of us. We are twenty-four years together of which twenty-three years as a married couple. We have no children but well, the parrot as our child. His name is Danny, like the cartoon ‘Buck Danny’. We have a great house, with a very big garage and garden. We do many things in it. It has palm trees in different shapes. And we love movies.

Our goal is always to fight and never to give up! Seek your luck and stay with it. You must do it, nobody else will do it for you. If you are sick, fight to get better and hope you have a little luck in that situation. I lost many things like my health, but I find also many things like my lovely wife and parrot. Don’t get down in a negative way, NEVER go to drugs or alcohol or any other addiction. See the good things, and fight for those good things. Happiness: you must go and create that, it is never a given! See the things from a helicopter view. My travel to go in this short story has given me the opportunity to reach the full Health and Safety Certificate. And I hope that my journey inspired other people to go fight in their life. I never used drugs, alcohol and smoking cigarettes or not been active with guns or criminal behaviour.

My jail time is for the greater part due to the character of other persons (a partner and bookkeeper). They were not honest, my part was to trust them for that what they did. And as the owner and director of two former companies, I carry the responsibility in those matters. I had not fully checked their work activities because I trusted them. My working partner I have known him for forty-five years. My fault is I kept the responsibility to stay in jail for the faults I made in this matter. This is my first and last time in this situation, never in jail again of my life! Don’t go for any criminal choices and take a study in the direction you like. Later it will be pay itself back in a positive way.

I have many things in my life, like the things I mentioned. But there is also my work as firefighter, the death of my earlier wife, my brother in suicide and so on. Always I seek the inspiration to never give up, to fight for the things you will reach, your dreams, and hope and luck. Education was for me a ‘tape’ to go further on the way ‘what can I do in my present health, what are the possibilities and how find the way to reform’. I found very much pleasure in education. It supports me to find my roots again in resurrection of my life. What I can do, many can do. Reach that with the support of a partner, and see always the sun not the clouds!

November 2018 – Volos, Greece We experience authentic moments in our school, the Annex of... Read More 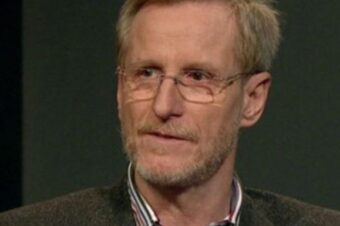 From the Southern Region – June 2019 Volterra Prison ‘In February, a special window was... Read More