Freedom is one of the most precious rights of all human beings. Under certain circumstances, judicial authorities may decide the need to deprive some people from this right and place them under the care of the prison’s administration. The main purpose of imprisonment is the deprivation of freedom, and the duty of prison’s authority is to ensure that this is implemented in a way that is not more restrictive than necessary.

Albania counts 23 Institutions for the Execution of Criminal Decisions and only one is for girls and women deprived of their freedom – I.E.C.D. “Ali Demi” – known as “Women’s Prison”. The target group itself that this prison treats makes this institution somehow more specific than others. There are no known “gangsters” in this prison, no kidnappers, and no women of high-profile political scandals. Many of them, without creating misunderstandings, are “accessories” of crimes committed by males, who might have been their husbands, brothers or, lovers. The most serious crimes perpetrated by these women are prostitution, burglary, fraud (embezzlement) and not by its importance, murder due to family circumstances. For those kinds of crimes we should take into consideration the history of the development of the Albanian family where it’s scarcely impossible to speak about equality between a woman and her husband. Unfortunately, a considerable part of them have been forced to commit burglary or deceit by the needs of their children’s survival or, because labor market is insufficient and their well-being is impossible to live in dignity. Basically, there are women and girls accused or convicted on “white collar” crimes but their numbers remain on a minor scale due to the circumstances of the crime.

The penitentiary system in Albania is always tracking constant changes, not because it is not good enough, but the Albanian society itself is changing rapidly. If 25 years ago in our country was out of logic even to think about the rights of prisoners, today the demands on improving conditions and respect prisoners’ rights are coming from prisons themselves; the system itself seeks to be improved. Infrastructure improvements and treatments’ ones are a matter of day for employees of the penitentiary system. Such improvements and changes do not only come as a result of the requirements or conditions that our country has been subjected to by various international organizations in the context of integration but, because everyone has the right to be treated with dignity and in respect of their human rights, including prisoners. Our prisons’ system provides every prisoner with unprejudiced and non-discriminatory treatment based on gender, race, color, ethnicity, language, religion, political, religious or philosophical beliefs, sexual orientation, gender identity, economic, educational or social status, parental status, age, family or marital status, health status, disability, citizenship or affiliation to a particular group or any other cause of discrimination.

I.E.C.D. “Ali Demi” has a variety of programs that are offered in cooperation with important national and international actors and especially with different individuals who want to keep in minds of women and girls deprived of freedom that they are not alone and always will be a light for them at the end of this journey. The main goal of every program and everyone is universal: to make their treatment more effective so that they won’t be recycled again in the path of criminality after their release and above all – to relieve, as much as we can, the pain and drama that each of these women carries on.

Our country has many challenges to overcome in order to complete the long path of its integration and one of these challenges, for a long period of time, remains the abolition of illiteracy. Statistically, the average level of education of women imprisoned in our country is compulsory education and significantly, there are lots of women imprisoned with no education at all. Believing that the treatment of each inmate relies on its highest interest for social integration, education and prevention of reintegration into the crime, “Albanian Women’s Prison” is paying special attention to non-formal education. For more than a year, the first class of education for illiterate prisoners was created in the pre-detention regime. Firstly, there was some kind of unwillingness of girls and women to participate in this program, but as many of them managed to write their own papers for their children, participation was increased significantly. The same program already functions in the regime of conviction.

In addition to the practices that prisons’ administration owns, it is always necessary to co-operate with other national and international organizations. The OSCE Presence in Albania continuously assists in improving the policies and practices that are followed to address prisoners’ treatment and pays a special attention to female prisoners. In addition to the numerous social and cultural activities in which OSCE Presence in Albania cooperates, lately, it has made a valuable contribution to the education of women and girls deprived of freedom by offering an entire program of vocational education, specifically computer basis. Computers have been installed in both regimes and a computer course has already been developed. Himself, H.H. Ambassador Peter McGovern – Ambassador of Canada to Rome and H.H. Ambassador Bernd Borchardt – President of the OSCE Presence in Albania attended (04.04.2017) the inauguration of the class where this computer course was conducted by distributing the qualifying certificates of the inmates who attended this program. The message that both ambassadors conveyed to women and girls was significant to them and motivating them to achieve even more – because their freedom, unfortunately, faces numerous technological and pot changing changes, in which at least, they will have knowledge.

The public sees prisoners as people who do not have the right to enjoy many of the rights they really. The “worst” part of working in prisons is that the public is informed only of negative events. Prisoners for no reason are hurt or treated as they appear in movies. The prison is not a financial institution where employees increase their incomes. The public hears lots of corruption, but they don’t see how difficult it is to work on a penitentiary system, they don’t see employees how they interact with prisoners every day. Society has closed its perpetrators behind the safe locks of the prison but has forgotten that the ones they had “shut down” are human beings above all.

Therefore, it is important to emphasize that each prisoners enjoy all their rights and freedoms as far as the law may allow them. This is not because they are prisoners and they have to, but because they are human beings who, despite everything, they have rights and deserve to have human rights that can’t be lost because, they are not conditional. As a society we have the obligation to be fair and humane to anyone, even though sometimes is about people who have committed crimes. Penalty is important to make justice for victims, not to avenge the person who commits the crime. Revenge could justify denial of human rights, justice – no how!

Respecting the rights of prisoners is essential to preserve our humanity! 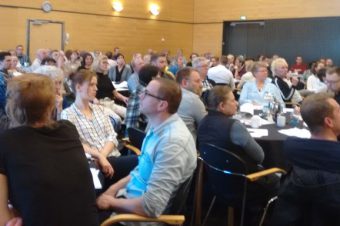 The webinars will have the theme: Sharing Experiences in times of Corona Thu, May 28,... Read More 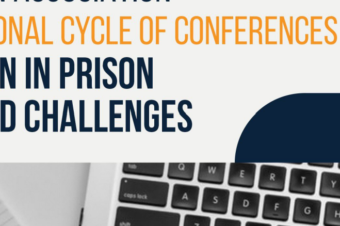 The Portuguese Prison Education Association (APEnP) and the Department of Education and Psychology (DEP)/School of... Read More