Erasmus+, Grundtvig and other EU programmes

The “Grundtvig” Programme was a European funding instrument which formed part of the “Lifelong Learning Programme” (2007-2013) and its predecessor programme “Socrates II” (2000-2006). Its aim was to improve the quality and strengthen the European dimension of adult learning, by means of cooperation projects and partnerships, transnational mobility for educational staff and European networking. It encompassed all types of adult learning activity, whether taking place in ‘formal’ education settings, ‘non-formal’ contexts or in more ‘informal’ ways, such as autonomous, community or experiential learning. Prison education was a significant priority within “Grundtvig”, no fewer than 126 cooperative ventures being supported in this field during the programme’s lifespan.

The “Grundtvig” programme culminated in a major European conference on cooperation in prison education, “Pathways to Inclusion”, as well as in a series of reports outlining trends and features of prison education in Europe and drawing out major findings from research and evaluation studies. These are reproduced here on the EPEA website together with the key documents from the conference, including a review of most European projects supported up to that time.

The “Grundtvig” programme was named after the Danish philosopher, theologian and teacher N.F.S.Grundtvig. The icon of Grundtvig pictured here was presented to the European Commission in 2010 by a former prisoner, as a token of his gratitude to the programme, participating in which had, he said, changed the course of his life.

Today, the “Erasmus+” programme is the main EU funding instrument for European cooperation in prison education. A statistical and more substantive analysis of the projects supported in the first phase of the programme (2014-2020) appear below, as well as an essay reviewing the EU´s overall involvement with prison education. 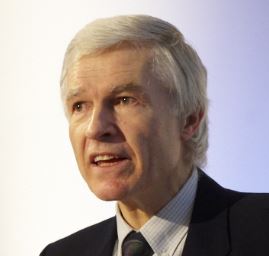 Alan Smith was closely involved in the conception and development of the European Union’s “Grundtvig” programme for European cooperation in adult learning, which he coordinated at European level from its inception in 2000 until the end of 2005 and again from 2008 until his retirement in 2011. A staunch supporter of prison education, Alan has written a comprehensive analysis of the EU’s involvement in this field, published here on the EPEA’s website, and is an Honorary Life Member of the Association. Throughout the first phase of the “Erasmus+” programme (2014-2020), Alan has been tracking the support provided for prison education within the Adult education part of the programme. The results of this work are contained in the documents listed above. 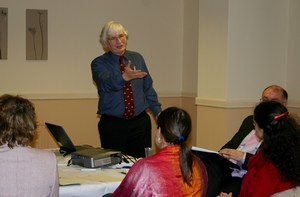 For ten years, from 2006 to 2015, Dr Alan Clarke was involved in 6 projects – 5 of them as coordinator – funded by various education and arts initiatives of the European Union and supported by the European Prison Education Association (EPEA).
Through these he send over 40 partners from across Europe were able to focus on identifying and highlighting arts and media activities in the prisons of many countries.
Working as an international consultant, initially through The Manchester College (TMC) and later The College of Teachers (TCOT), Dr Alan Clarke was able to oversee background research into the impact of the arts on prisons in 3 projects – Movable Barres, Art & Culture in Prison and the PriMedia Network

As a reaction on the 2020 pandemic Dr. Alan Clarke completed the Singing Like Birds in a Cage – a compendium of good practice in prison art taken from the 6 European projects he undertook with many partners from 2006 to 2015. It is a quite an impressive collection with contributions of colleagues delivering a lot of initiatives.

The work in 7 sections is introduces in the Prison Museum format.

Dr. Alan Clarke is greatful for any comments

>Link to other projects hosted by the EPEA<