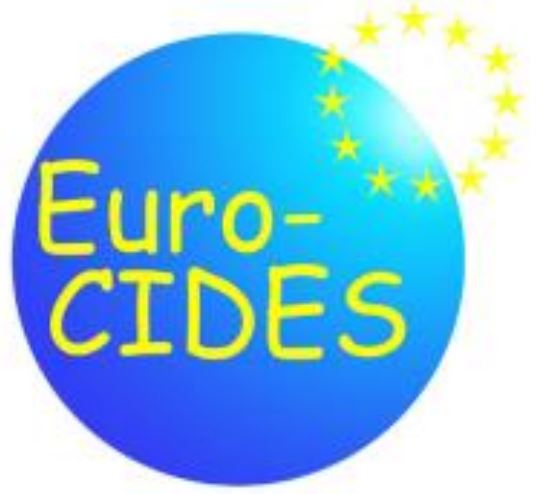 From 2003 to 2019 Euro-CIDES developped and coordinated (or got involved) in several European projects (within SOCRATES, GRUNDTVIG and ERASMUS+ programmes) focusing on Adult() Education in prison (or alternatives to prisons for youngsters) among which, since 2016, a collection of very significant productions (one being labelled by European Commission as GOOD PRACTICE) all being with Public Access and Free Use for any professional as granted by European funds. () Adult means out of compulsory education

From mid-2018 to mid-2019 we were advised by national Authorities that some of the last Euro-CIDES productions should be organized under one main production focusing on fighting radicalisation in prison but then we realized that not only fighting, it was better to be organized too to prevent radicalisation with some typologies of vulnerable target groups. So please be aware that following productions could be teached in prisons to radicalized persons (prevented/sentenced) and/or inmates identified as being at risk of radicalization while same productions could be teached as Prevention to target groups that could be early school leavers in risky suroundings, sentenced minors hosted in detention centres, young people enrolled in day centers by measure of justice, …

The frame production is titled SERA Plus, but its various components are made of educational sequences (for a total of more than 1500 teaching hours) that can be used according to individual needs. We tried the more we can to avoid formal lessons ; we also divided each sequence in activities focusing on development of 7 key competences() as well as 16 cross curricular competences. () we mixed the two following key competences (Communication in mother language and Communication in foreign languages) into one that is « Communication in the hosting country language ».

We also draw attention that our main goal is not to focus on religious facts as Radicalization is now widden under « Violent extremism » that means religion but also political, social, … polarisations. Our main focus is to prepare mind to be able to make own choices (even if bad).

All hereunder productions are introduced by a « Manual for User » except READY… GO manual that is separated from the 16 grids’ catalog.

Feedback and comments with reference to EPEA space for materials to contact@euro-cides.eu

132 hours of training lessons focusing on Citizenship and Moral Values

62 hours of training lessons focusing on Citizenship and Moral Values” were translated in various languages:

Tool made by 16 grids to identify and valorized Cross Curricular Competences based on Physical Activities and Sports to better prepare reintegration into post-released life.

In SERA Plus we advocate the use of VALMOPRIS production (Euro-CIDES was involved as partner in 2015/2017) / Tool to assess individual Cross Curricular Competences.

VALMOPRIS pour SERA Plus Version Fiches, PDF, FRDownload
SERA Plus Outil de valorisation de competences VALMOPRIS-IO2 (FR)Download
By navigating further in the site or hiding this massage, you accept our Cookie policy and our Disclaimer