Inge Roy, a qualified pedagogue and integration teacher at the Duisburg-Hamborn correctional facility in North Rhine-Westphalia, has been the project coordinator for the “Podknast- how it really is” project for 14 years. With short videos, inmates from 12 correctional facilities present to a broad public how they experience life in prison. (Podknast is a pun on the word podcast, where the word pod-knast contains the colloquial word for prison).

Podknast is a project of the prison system of the state of North Rhine-Westphalia. The project lives through the participation of the individual prisons and their committed staff – and of course thanks to the cooperation of the people in prison.

Q: Inge, please tell us something about yourself. Who are you? How and when did you become a teacher in prison?

My name is Inge Roy, I am 46 years old and I always wanted to work in prison. My whole degree was geared towards working in detention and I had a professor who focused on working in detention. I worked with juvenile detainees early on in my studies, and later, as a freelancer in the open prison system, I’ve developed and implemented a language training programme. In 2008, I got a permanent job as an educational scientist at Siegburg Prison, where I was responsible for treatment and recreational work with young inmates. After the birth of my daughter, I studied “German as a Foreign Language” again in 2017 and have since been working as a teacher in the correctional facility Duisburg-Hamborn, a remand centre for adult men. I have been supporting and coordinating the PodKnast project since I was hired in 2008.

TQ: Tell us something about the concept of Podknast? What is it about? What is the aim of this programme?

It’s hard for me to sum it up. Podknast is so diverse, but I’ll try to describe it briefly. There are very different goals. One important point is to educate the public about life in prison. People often have misconceptions about everyday life in prison, and Podknast gives them a realistic insight into the processes or what it’s like “behind the walls”. This can take place in very different forms: through interviews, drama or music. The films can also be downloaded and used by teachers, police or other interested parties for educational purposes.

The inmates, in turn, learn not only about media skills but also about group dynamics and relationship work. They learn that a film can only be successful if everyone in the group plays their part and sticks to the script and rules. This is usually a process that has to grow slowly and does not work from one moment to the next. It is important to give the detainees a space where they can make mistakes and try things out. In an environment characterised by mistrust and hierarchy, this approach is a big task and a lot of work. So far, however, I have made the experience that it is worth it!

Finally, the website is also a communication platform. Citizens can react to the films and the detainees can respond. Of course, this only happens in the presence of a project coordinator. In this way, the website serves as a “mouthpiece” for the detainees, who are ultimately proud of their film!

First, the detainees have to learn the basics of filming. That means they have to know which camera settings are available and how the technology works. In addition, they are often trained to speak in front of the camera.

Then they look for film themes that could be interesting from the perspective of the detainees. Once a topic has been found, a script is written. The individual scenes are described, the tasks such as actors, lighting, sound, direction, etc. are distributed, the filming locations are recorded and props are described. The script must be approved by the security and order department. This ensures that sensitive areas, such as the control centre where the surveillance takes place, are not shown.

Once the script has been completed and approved, filming can begin. For this purpose, the process of filming should be communicated in advance with all those involved who will be affected by the filming. This saves trouble on location and is more likely to create space for support. The day of filming must be well organised in advance to save as much time as possible on the day itself. The more precise the script, the more the detainees know what they have to do and say. This is crucial because the shooting day is exhausting for all participants. Scenes have to be played several times, locations have to be changed and the frustration tolerance of the protagonists is usually not high. Therefore, the shooting days should be planned generously in order to minimise the pressure in advance.

Once the film is successfully completed, it has to be edited. There, one should take selected detainees who are interested in this topic and also have the necessary calmness and patience. The finished film is then shown to the whole group and discussed. It is then decided whether scenes still need to be re-shot and what needs to be taken into account for the next film.

Finally, the film is approved by the prison management and may be uploaded to the various websites. The prisoners all sign a declaration of consent that we were allowed to film them. If a prisoner does not want to be shown, he is pixelated or filmed from behind.

Q: What impact does the programme have on the inmates – the incarcerated people involved in the production and everyone else?

I feel the programme is a complete success for everyone involved. The detainees learn media skills and how to use the technology properly. But what I find more important is what happens in between. To see oneself as a group and not only to put personal interests in the foreground is demanding relationship work. This ability is usually not developed in prisoners and is not promoted by the prison system, keyword hierarchy. However, at the latest after the first film shoot, it becomes clear to the group participants why it is so important. The project is relationship work, among the prisoners as well as with the staff. The prisoners dare more to come out of their shells in the group, to try things out and to accept constructive criticism. The relationship with the staff can also change. It is no longer the “enemy”, but rather a person with whom one can work together in trust. The finished product, their own film, strengthens their self-esteem and the inmates are proud of what they have created themselves. They develop a more realistic perspective on imprisonment and deal with their current situation in the films.

The public is very interested in the project because it really is a unique chance to learn about life in prison. Questions often come up afterwards and are put to the project management. After more than 14 years in the project, the interest of the press or private persons is still unbroken. The project serves to educate, not to deter, and I think it has succeeded.

Q: What is the future of this programme? Is funding still available for it?

We are now in the process of further developing the content of the new section “Inmates inform inmates”. The project is a very successful project of the justice system and thus continues to have the support. The participating institutions are equipped with the necessary hardware and the website is always kept up to date. In addition, the films are uploaded to Youtube to increase the reach. Podknast is also represented at various trade fairs with a cell specially made for the project. All in all, we are a committed team that always puts its heads together and tries to develop the project further.

Q: Let’s go back for a moment to the job of a teacher in prison. What qualities should a teacher have when teaching in prison?

My first thought is authenticity, the right balance between closeness and distance and you have to be unprejudiced!

I firmly believe that I achieve more with friendly honesty than by lying to the detainees. If their questions go too far or are too personal for me, then I can also say that honestly and kindly. I’m better off doing that than lying to them, because that is usually always noticed.

I can also be friendly to the detainees, listen to their concerns and still clearly demarcate myself. But I have to make that clear, which brings us back to the issue of honesty.

Prejudiced probably doesn’t need to be explained. I was really worried when I became a mother that I would not cope well with abuse cases, for example. Thank God, the moment I see the prisoner, I still don’t care about the offence at all. I can completely block it out in my job.

Q: What advice would you give to a teacher who is new to correctional education?

First of all, arrive calmly and get an overview. The prison system is an impressive one, with bars and many different people, whether staff or detainees. You have to take the time to get to know the system, the people and the premises. If you have security yourself, you can mirror it.
And basically: where many people work, there are many opinions. You shouldn’t let that get you down, because there are many opportunities to contribute yourself and your skills!

Dear Inge, thank you for the interview!

Website: https://www.podknast.de/index.php (Videos are in German, but to get an idea what it’s all about one doesn’t have to understand the language) 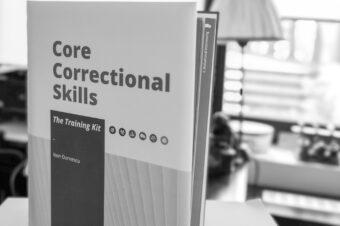 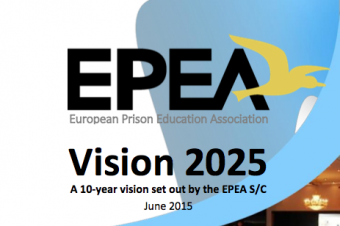 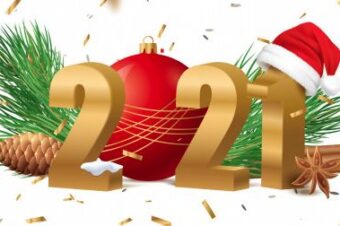